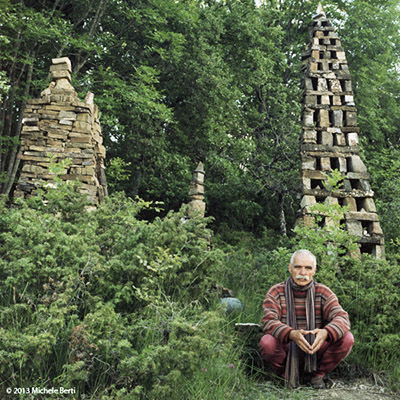 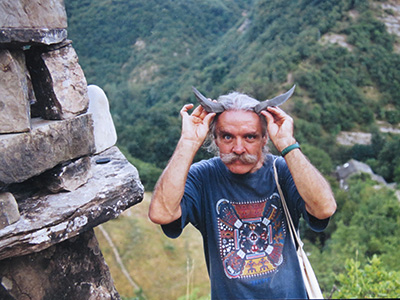 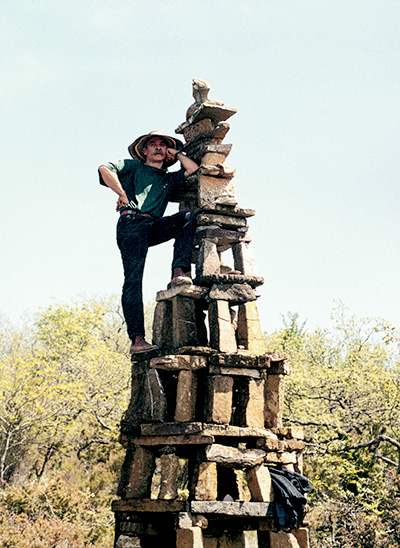 Deva Manfredo (Manfred Flucke), German by birth, born in 1949 in a small medieval town called Duderstadt, is a descendant of an old brickmaking family. He studied urban studies, sociology, history and German at the University of Hamburg. He has been painting and drawing since childhood. He has lived in Tuscany since 1981 and has since been building his sculpture park TRAUMWALD near Siena in Tuscany, which so far covers 10 hectares. For 25 years he was a member of the Institute for Meditation and Spiritual Growth Osho Miasto (located next to the park), where he worked mainly as a graphic designer among several other activities, before leaving all other activities behind in favour of his passion for working with these natural materials.

He has designed many exhibitions, mainly in Italy and Germany. He works/plays with found, unworked stones and other materials, freely composing them using balance and gravity without fixing or gluing them. He loves to elicit a creative energy from the elements of nature and collaborates with it.

The park is in perpetual evolution and every year new compositions are created, new forest paths that now together form a labyrinth in a dream-like environment, all this on a mountain at an altitude of about 600 metres, far from the cities.

A new zone in the park is the FARBGARTEN. Recently, he also exhibits his previous paintings and drawings in a WALDGALERY. Visitors to the dream forest are immersed in a timeless space with a variety of surprises. A project of art in and in collaboration with nature, which also respects and shows the endless qualities of the same. 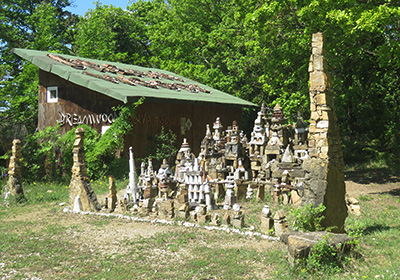 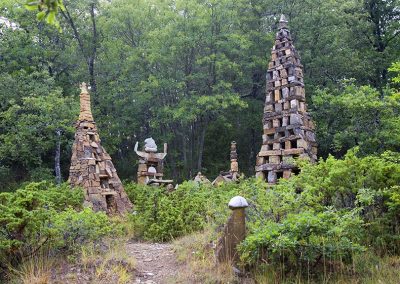 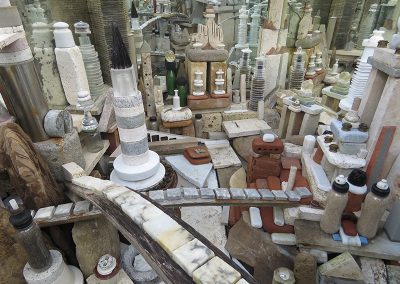 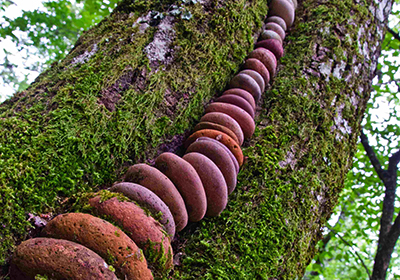